Advent: The End or the Beginning?

“There will be signs in the sun, the moon, and the stars, and on the earth distress among nations confused by the roaring of the sea and the waves. People will faint from fear and foreboding of what is coming upon the world, for the powers of the heavens will be shaken. Then they will see ‘the Son of Man coming in a cloud’ with power and great glory. Now when these things begin to take place, stand up and raise your heads, because your redemption is drawing near.” (Luke 21: 25-28)

My mother, who became a staunch Pentecostal in the last half of her life, was always known to comment on disturbing world events by saying “Jesus is nigh unto the door.”  For her, these signs of the times were an indication that the world was about to end, in preparation for the Second Coming of Christ, complete with the destruction of evil, and the triumph of the righteous.

In the 21st chapter of Luke’s gospel, Jesus outlines three signs that signal the end: the appearance of false messiahs; wars and international conflicts; and natural disasters.  Not much has changed since the first century.  In every age it seems, Jesus has been “nigh unto the door.” As I look back on 2020 and consider the political landscape, violence against African Americans in the US, the effects of climate change, and a global pandemic, I am tempted to wonder if we are on the threshold of that door into the end. Then I consider the season of Advent, which marks the beginning of the Christian liturgical year.

Advent is a threshold: it holds the end and the beginning in creative tension.  That is why this season has always had an apocalyptic element to it.  Apocalypse is a Greek word, which means, “uncovering” or “unveiling.” Nadia Bolz-Weber defines it as “a big hope filled idea” exposing the fact that dominant powers are not ultimate powers.

The hopeful intent of apocalypse is often overshadowed by focus on doom and gloom, as well as preoccupation with calculating the exact time when the world will end.  However, apocalyptic writing in the Bible was not meant to scare people into belief, but to encourage their belief in a God who is bigger than the world’s dominant powers.

Movements such as # BlackLivesMatter, #MeToo, as well as the disproportionate impact of COVID-19 on communities of color, are a “lifting of the veil,” an exposing, of the heresy of domination.  The hope found in the apocalyptic message of Advent is that God has been “unveiled.”  Emmanuel—God, the Divine—is with us.  God’s advent into our world and into our lives provides a way of transformation: everything is shaken up, laid bare. Old ways of being and the status quo are brought to an end so that something radically new will take its place.

Apocalypse and Advent are always with us.  Not only do they invite us to be in relationship with this God who is with us and is bigger than the world’s powers, they also invite us into daily transformation as we let go of old habits and attitudes and lift the veil on the racism, sexism, and xenophobia in our personal lives and the lives of the institutions to which we belong. 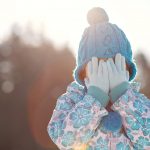 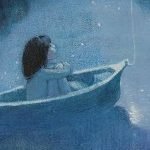